A radio-tagged Storm Petrel on Filfla shortly before being released and tracked. (Photograph by Benjamin Metzger)

Previous attempts to radio-track Storm Petrels in Europe had failed as this research method is extremely difficult due to the small size of these seabirds and the vast areas they can cover.

Last July, BirdLife Malta researchers equipped 34 adult Storm Petrels from Filfla with radio-tags (Photo 1) which are very light small tracking devices that emit radio-signals. Researchers carried out 30 flights with a Cessna aircraft equipped with special antennas (Photo 2) covering over 8,000 nautical miles over the sea. In addition to the flights, researchers also used antennas on a boat and on land to receive signals from the tagged birds.

During July and August over 200 signals from 24 tagged birds were received and logged onto a special software pin pointing the birds’ locations with GPS accuracy. Some signals were received as far out as the Italian island of Linosa.

“Being in the air and receiving the first radio signal of a tagged Storm Petrel was an exciting moment,” said Dr Benjamin Metzger, the project’s head of research. 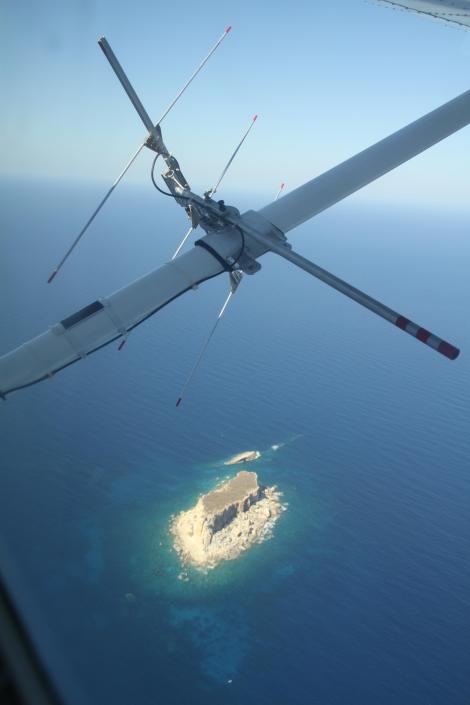 “Starting to get an insight into the habits of this mysterious seabird has paid off our efforts. We will carry out the same surveys in summer next year and the data gathered will be used to identify the main distribution areas of the Storm Petrels around the Maltese Islands,” continued Dr Metzger.

The European Storm Petrel is a small seabird, slightly larger than a sparrow, which spends most of its life far out at sea and comes to land only to breed. Storm Petrels lay a single egg per year, both parents sharing incubation and rearing the chick together.

Filfla is their stronghold in the Mediterranean Sea with more than half of the entire Mediterranean population estimated to nest here. Though it is probable that the Storm Petrel bred in other locations in Malta in the past, Filfla remained the ideal breeding place due to the protected status of the island as a nature reserve which guarantees very limited human disturbance.

The EU LIFE+ Malta Seabird Project aims to identify important areas for seabirds in Maltese waters and designate special protection areas at sea under EU nature conservation legislation. The Project is managed by BirdLife Malta with support from the Ministry for Tourism, Culture and Environment, and BirdLife partners in the UK (RSPB) and Portugal (SPEA).

(1) The scientific name of the Mediterranean subspecies of the European Storm Petrel is Hydrobates pelagicus melitensis. In Maltese it is called “Kanġu ta’ Filfla”. The known Mediterranean Population is estimated at less than 16,000. It is included in Annex I of the EU Birds Directive, in Annex II of the Bern Convention and in Annex II the Barcelona Convention (Protocol concerning Biological Diversity in the Mediterranean). The major threats for the species are predation of adults by Yellow-legged Gulls at night in light polluted areas and predation of eggs and nestlings by rats and feral cats in the colonies. Destruction of suitable nesting habitats, over-fishing and the pollution of the sea can have additional negative effects on Storm Petrel populations.