As I stood in the carpark overlooking Wied iz-Zurrieq, I could make out Filfla on the horizon, shrouded in a sunny afternoon haze. It was only as the boat approached Filfla, you really got a sense of its true size. Its grand vertical cliffs surrounded by a skirt of giant boulders and rubble, a real reminder of its history as an old bombing practice ground for the British Military. Now access to the island is restricted for research purposes only and requires a special permit.

The approach to Filfla. Photo: N.Cox

I looked up, the sky was dotted with Yellow-legged Gulls. I had previously seen the odd one fly past at a distance from the Maltese cliffs when out and about, but this was a breath taking experience. Mixed in with the ‘typical’ call of the gulls, the sort of chatter you might hear at the seaside but multiplied …a lot! It really was an ‘I am so lucky to be here’ moment. Filfla is the most important breeding site in the Maltese islands for Yellow-legged Gull and since 1982 Filfla has been visited yearly to monitor the Yellow-legged Gull’s colony. 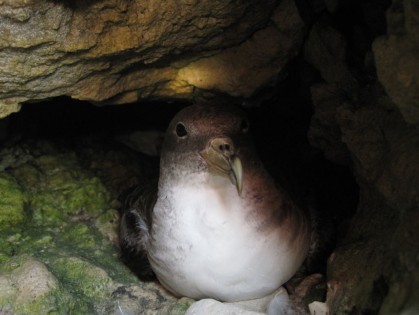 As previously mentioned whilst on Filfla we searched for any Yellow-legged Gulls’ chicks. At the time of this visit, most of the Yellow-legged Gulls had already fledged. However, due to multiple reasons some gulls may lose their eggs earlier in the season and lay a second clutch in order to try again (in contrast to the Storm-petrel and Scopoli’s Shearwater which only lay one egg per season!). By doing this it can mean that chicks are often at various sizes and on each trip not all individuals can be rung. On this trip 5 youngsters were ringed. 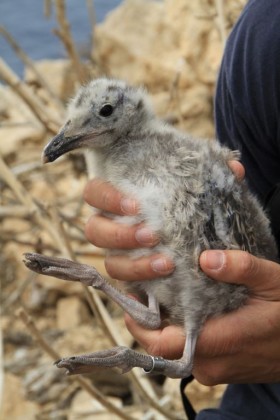 Just before sunset, we set up a 12m Mist-net in the hope of catching some Storm-petrels. Now, this hopefully wouldn’t be an issue seeing as we were sat waiting (with the net in front of us) in an area where the Storm-petrels were known to breed. The net was open for a total of 8 and a half hours and during this time there was a near enough constant flow of Storm-petrels being caught after the sun had gone down…exhausting work but it was such an amazing experience to see this tiny seabird (not much bigger than a sparrow!) at such close quarters!! So after scrambling over rocks in the dark and getting covered in Storm-petrel vomit, a total of 354 new individuals were ringed with an additional 88 previously ringed individuals being caught. 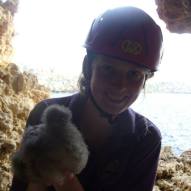 Nicola Cox is EU Life+ Malta Seabird Project intern since May 2015. Nicola has recently completed an MSc in Endangered
Species Recovery and Conservation based at Nottingham Trent University. Her final project  consisted  of  Rat  presence/absent  surveys  upon  Alderney,  in  the  Channel  Islands  and  its surrounding  islets.  This  was  linked  to  the  possible  implications  rats  could  have  on  seabird populations. Whilst having a general passion in conservation as a whole, it was during her MSc where she developed her interest in invasive species and island restoration.