The team reached the plateau of the island in a helicopter provided by AFM (Armed Forces of Malta). Gull nests were mapped with GPS on the plateau and regurgitates samples were collected. 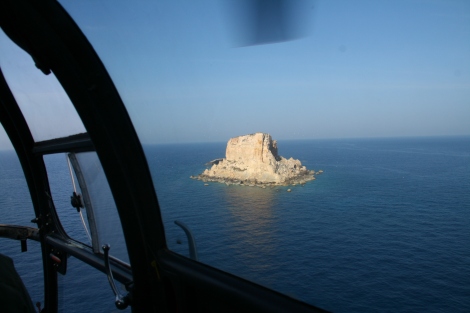 Nest are found all around the plateau on the ground. In general every nest has two or three eggs. At this time of the season the majority of gulls are incubating the eggs in the nest. But some eggs were already hatched and some small chicks can be seen.

Nest of Yellow legged gull (Larus michahellis) with three eggs. Notice the egg on the right is in the process of hatching (small hole on the top).

Nest of Yellow legged gull (Larus michahellis) with one egg in the process of hatching and one chick.

Late in the season Birdlife team will come back to Filfla plateau to count and ring the Yellow legged gull chicks. Then we will know how many eggs hatched successfully. 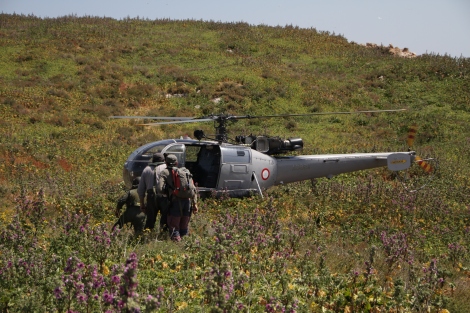